Yes On Prop 17: Restoring Voting Rights for Californians Upon Release from Prison Strengthens Our Democracy and Our Communities

Daisy Chavez from Initiate Justice breaks down why Proposition 17 is necessary to strengthen California's democracy. 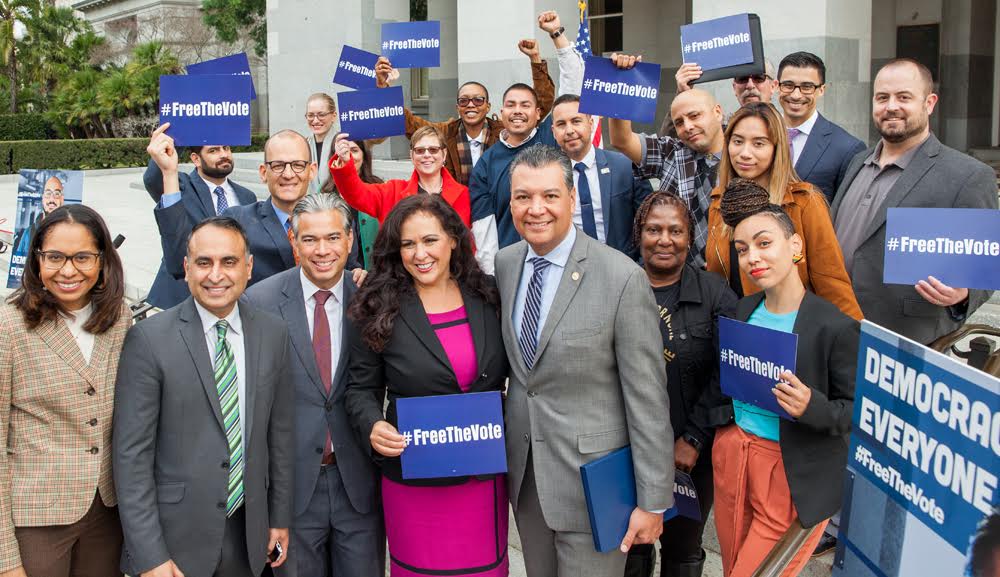 My friend Betty McKay (or Ms. Betty as she is affectionately called) recently shared a photo of herself with a beaming smile—she had just registered to vote. This privilege may seem like an ordinary coming-of-age milestone, like getting your license when you turn 16 or buying a lottery ticket once you turn 18. But for Ms. Betty being a registered voter means so much more.

Until last week, Ms. Betty didn’t have the right to vote even though she had returned home from prison. How can we have an elected government representing “the people” if we are excluding community members from the democratic process? Participation in our democracy should be a right for everyone. Ms. Betty should have had the right to vote all along. Proposition 17, which will appear on the ballot in November, will right this injustice by restoring voting rights to every single Californian, like Ms. Betty, who has completed their prison sentence.

Nearly 50,000 Californians who have returned home from prison and are working, paying taxes, and raising their families are locked out of the voting booth due to antiquated laws that are a shameful relic of our state’s nineteenth-century efforts to silence Black citizens.

In 1849, when our state constitution was initially drafted, felony disenfranchisement—the act of keeping people with past convictions from voting—became a new form of voter suppression, one that continues to disproportionately impact Black and brown communities today. Fundamentally, this is a fight against voter suppression.

Proposition 17 would also promote public safety. Studies have shown that individuals who are civically engaged in their communities after their release from prison are three times more likely to never commit a crime again. A report by Initiate Justice entitled “Democracy Needs Everyone” found that 98% of individuals who were either incarcerated or on parole would participate in our democracy by voting if they could. When we make people feel valued and that their voices matter in our democracy, we are sending them the message that they have a stake in their communities and a role in society. The opposite is equally true. That’s why the American Probation and Parole Association, Law Enforcement Action Partnership (LEAP), San Francisco District Attorney Chesa Boudin, among many others, support Prop 17.

A few years ago, during a voter registration drive where I volunteered outside the Orange County Jail in Santa Ana with the ACLU of Southern California, I asked released individuals, “Are you registered to vote?” Many assumed they weren’t eligible when, in fact, they were. Others feared the repercussions of registering if it turned out they were not eligible.

When it comes to criminal justice issues, people who have been directly impacted are often the experts with the best solutions to the problems policymakers are seeking to address. People should not be shut out of our democratic process simply because they have been incarcerated. We need their voices in our democracy.

Proposition 17 builds on the national momentum to restore voting rights. California lags behind 17 other states and Washington, D.C. that already restore voting rights to everyone living in the community, and two states, Maine and Vermont, that never take voting rights away, even for those who are incarcerated. In the last two years, eight states have strengthened their democracies by restoring voting rights to residents with past convictions. But, now, we in California have the rare opportunity to add ourselves to that growing list in November and send a message to everyone in our community that their voices are valued.

For someone like Ms. Betty, who has organized across the state to change policy and has exceeded all of the requirements by the state to reintegrate back into her community, going to the polls in November will be a life-changing event.

“Voting is necessary if I am to utilize my power as a citizen. My power is my voice, my vote,”  Ms. Betty says.

Help us restore that power to nearly 50,000 Californians and make our democracy stronger and more inclusive by voting YES on Proposition 17. 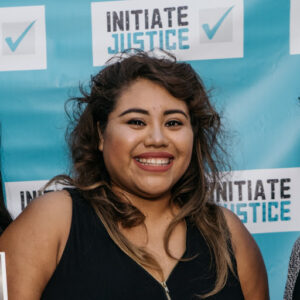 is the Statewide Advocacy Coordinator for Initiate Justice and Chair of the Outreach Committee for the Yes On Prop 17 campaign. She is a graduate of their Institute of Impacted Leaders program, a 12-week course designed to teach organizing and advocacy skills to people who have been impacted by mass incarceration. Daisy has loved ones who have been impacted by the carceral system and advocates to end mass incarceration, having experienced it through supporting her loved ones.