Fearmongering doesn’t change the need for a New Way Forward on immigration. 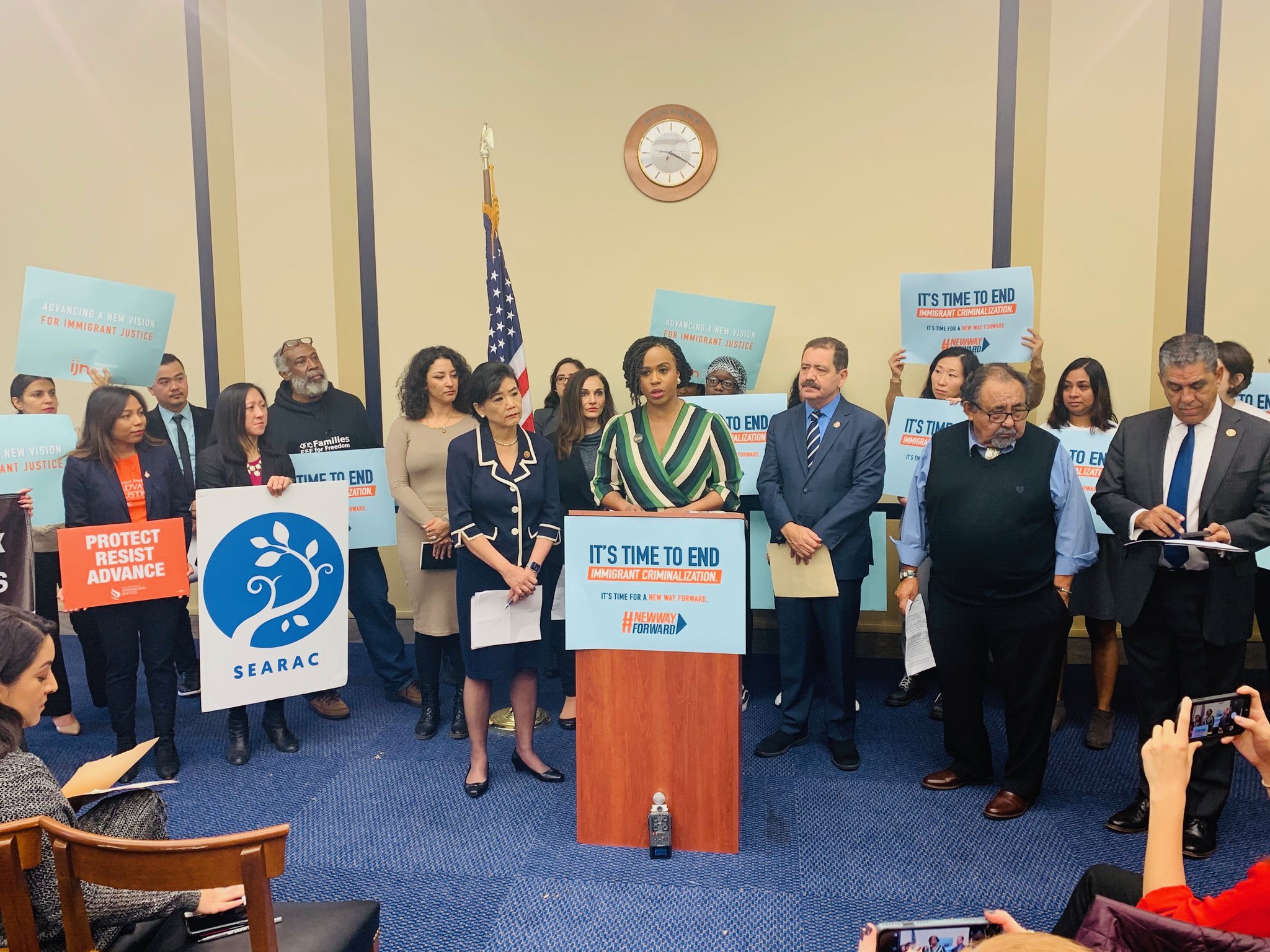 I don’t like writing about conservatives much. And much less about fascist mouth pieces like Tucker Carlson, but this will be an exception because it touches on some of our upcoming work at Chispa.

Last night, Carlson devoted 14 minutes of his Fox News show to attack a visionary and, until now, little known proposed legislation we called the New Way Forward Act for the impact it would have in transforming the immigration enforcement systems. As expected, the segment was 14 minutes of scapegoating immigrants and racist fear mongering.

Tucker Carlson aside, the New Way Forward Act is significant and worth advocating for for a host of reasons.

Since the 90s the immigration system has been anchored in the tough on crime approach to public safety that gave rise to the mass incarceration crisis and contributed to the explosion of  private prisons across the country. The legal framework behind today’s deportation infrastructure and network of immigrant prisons across the border and the interior of the country comes from a pair of 1996 anti-immigrant laws signed by Bill Clinton. These criminalized migration and entangled the immigration system with the criminal legal system that targeted black communities.

As much of the country and politicians on all sides of the political spectrum come to terms with the utter failure and the injustices of tough on crime policing by taking steps to reduce the prison population and restore rights for those formerly incarcerated, the same reckoning has failed to extend to the failures and injustices of the modern immigration system. Since Bill Clinton, it has been the policy of Democratic and Republican Administrations to build on one another’s immigration enforcement programs.

With the New Way Forward Act we can begin to reverse that pattern.

Whereas most bipartisan immigration reform bills introduced in the last decade amount to a total concession on the far right’s immigration enforcement wish list in exchange for a decades long pathway to citizenship for some, the New Way Forward says “enough of that.” Instead, it promises to:

This bill isn’t perfect. No legislation is, and our collective liberation as immigrants and people of color should never hinge on it. But it is a really good start, and its impact on our communities would be immediate.

The New Way Forward Act was introduced by Rep. Chuy Garcia of Illinois, and is currently co-sponsored by 39 members of Congress, including Lou Correa as the sole co-sponsor from Orange County, and progressive freshmen like Alexandria Ocasio-Cortes and Ilhan Omar.

More importantly, it was written and introduced with the support of immigrants directly impacted by the criminal legal system and who would stand to benefit from it.