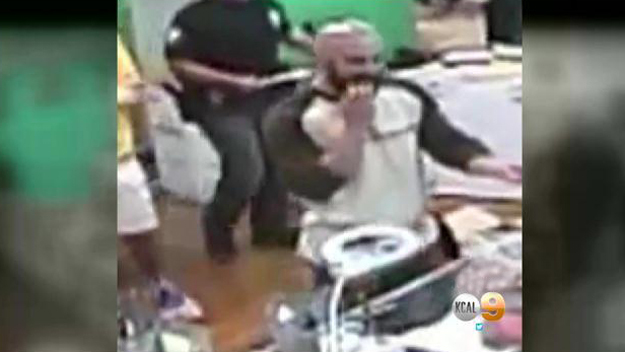 This year began with a new state law, SB 1421, going into effect and giving the public access to exclusive police records of misconduct and internal investigations. In Santa Ana, decades of officers’ use of force, in-custody injuries and the department’s handling of incidents, lay in boxes ready to be released. But these records may never come to light thanks to the Police Department’s effort to destroy them.

On January 15th, Chief Valentin submitted a request to the Santa Ana City Council to give the Police Department (SAPD) permission to destroy eight boxes of police records. These records fall directly under what SB 1421 disclosed to the public. The records include use of force, in-custody injuries, in-custody deaths, officer involved shootings and alleged employee misconduct. The vote to destroy the records was pulled from the City Council’s meeting agenda but could return for a vote by the council as early as the February 5th Council meeting.

The Police Chief’s request to the City Council is a specific example of a larger effort by police unions, police departments, as well as sheriff unions and sheriff departments that are challenging SB 1421. Just two weeks ago, the Association of Orange County Deputy Sheriffs won their bid to temporarily shield deputy misconduct records, and are waiting a full argument hearing on February 7th, at 2pm in the Orange County Superior Court, Department C15. The outcome of this case will determine if the law is applied retroactively to records before January 1st of this year or incidents reported after that date.

Disclosing police records to the public is nothing new. Police misconduct records have been available to the public in twelve states, including Arizona, Florida, Washington, Ohio, and are available to the public under limited circumstances in another fifteen states (1). California, one of the most regressive states when it comes to law enforcement transparency, needs to be a part of this progress on improving accountability and transparency of law enforcement institutions.

The public has a right to know how police departments handle incidents with officer shootings, beatings, sexual assault and other forms of misconduct and violence by police officers. SAPD, one of the deadliest police departments in the county, has an excessive amount of controversial cases that need answers (2). SAPD has the highest number of fatal shootings in Orange County, with twenty-seven shootings per 324,568 residents.

Additionally, cases like the infamous pot dispensary raid, which resulted in a settlement of over $100,000, an officer getting fired (then later rehired), reveal how on-duty officers conduct themselves when the public is not watching (4). It is time the public knows how the SAPD holds itself accountable behind closed doors.

Access to records of how the police department has handled controversial and sensitive incidents will allow the community to understand when our police force is truly protecting and serving our community and when it is not. Examples like the firing and rehiring of police officer Brandon Sontag, who destroyed surveillance equipment in an attempt to hide his crimes, show not only how officers within the department behave unethically, but also highlight the department’s lack of accountability.  Our residents must be able to determine whether existing policies and standards in place are working, and if our officers are truly following them.

Their pushback, however, reveals a different type of involvement within our city. In the last election year, Chispa highlighted the Santa Ana Police Officers Associations (POA) campaign funds through an independent expenditure. The POA spent at least $450,000 in the 2018 midterm election, resulting in a pro-police union City Council (5). If our council votes to delete these records, it reveals to the people who the council is truly accountable to. As a response, the community is demanding the City Council to not allow the destruction of these records.

If the Santa Ana Police Department truly protects and serves our community with the “utmost professionalism and integrity”, they will release these records without delay.

Destroying these records will only be another controversial act that further establishes the accountability factor of our police– none.

Authors’ Note: This week we published an online petition so community members can add their voice on this issue and call on the Santa Ana City Council to reject all attempts to destroy police officer misconduct records. Can we count on your support? 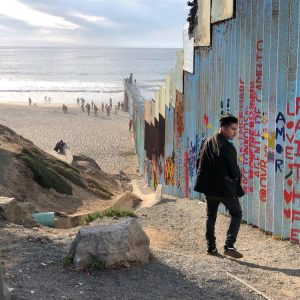 is a photojournalist and community organizer from Santa Ana. He graduated from the University of La Verne in 2017. When he is not making images, he enjoys exploring new places, ideas and perspectives.