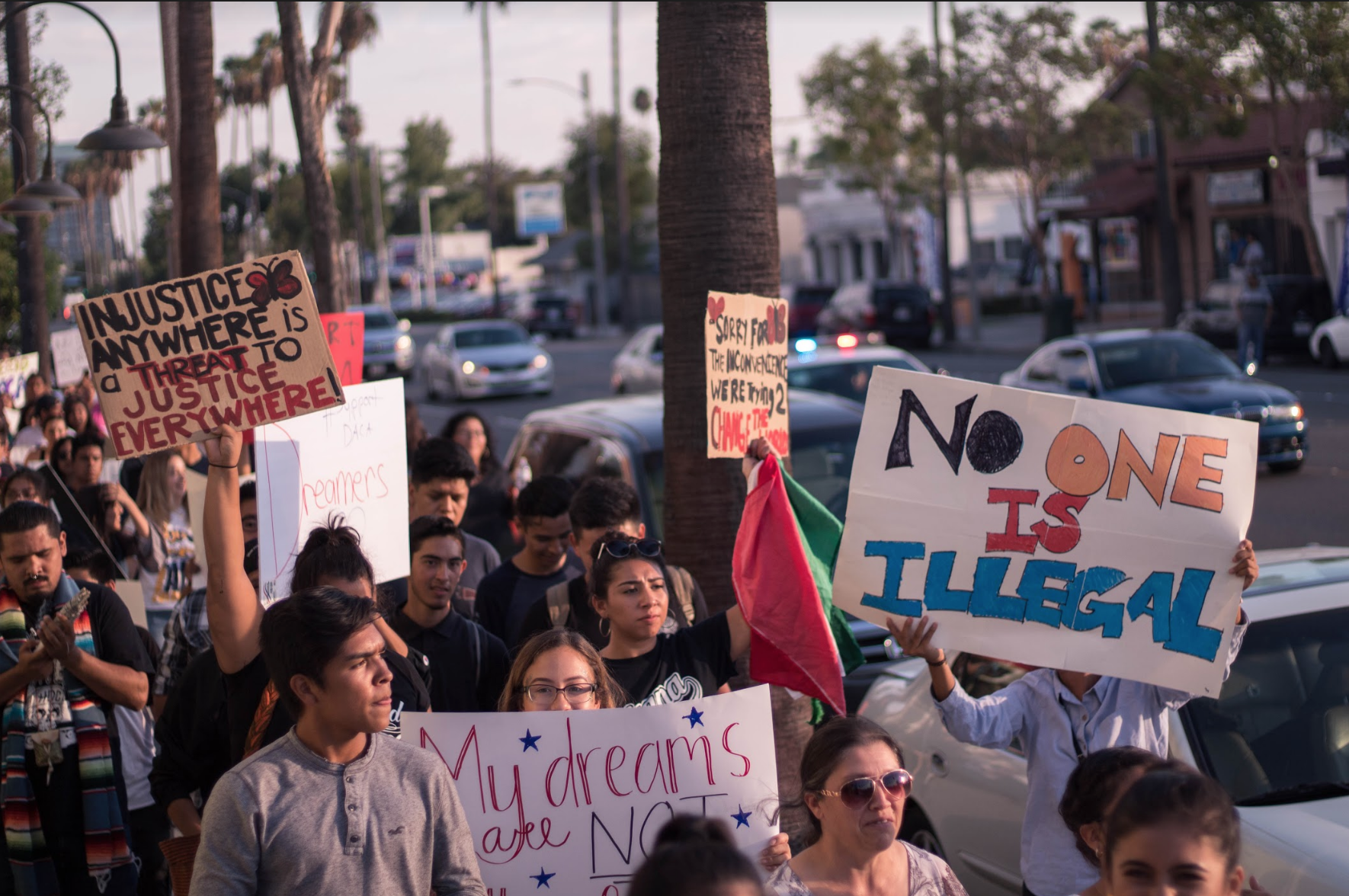 Our desire to be free has got to manifest itself in everything we are and do.

This fourth of july comes after back to back attacks of all of our communities. Just yesterday, someone’s president reversed Obama’s guidelines on affirmative action in schools in what civil rights groups call a strategic attack on higher education equity. This fourth of july also comes after a weekend of public demonstrations across this settler colonial state–protests and demonstrations demanding an end to the separation of families on the border and criminalization of migration.

As we are bombarded with political posters, memes and more headlines, I can’t help but mourn June throughout this holiday that starts the month. It was in June when the little girl in tears at the border appeared in the horrendous TIME cover. It was also in June when we lost 17-year-old Antwon Rose in East Pittsburgh Pennsylvania to a police involved shooting.

This is what is weighing heavily on me today.

This letter or essay however doesn’t want to remind you to feel anguish again. I mean, if you feel like we’re ok, if you feel like you’re free- this might not be for you, but it could be. What I mean is what Black Abolitionist Frederick Douglass said on July 5th 1852 to the Ladies’ Anti-Slavery Society, that:

“This Fourth July is yours, not mine. You may rejoice, I must mourn….” 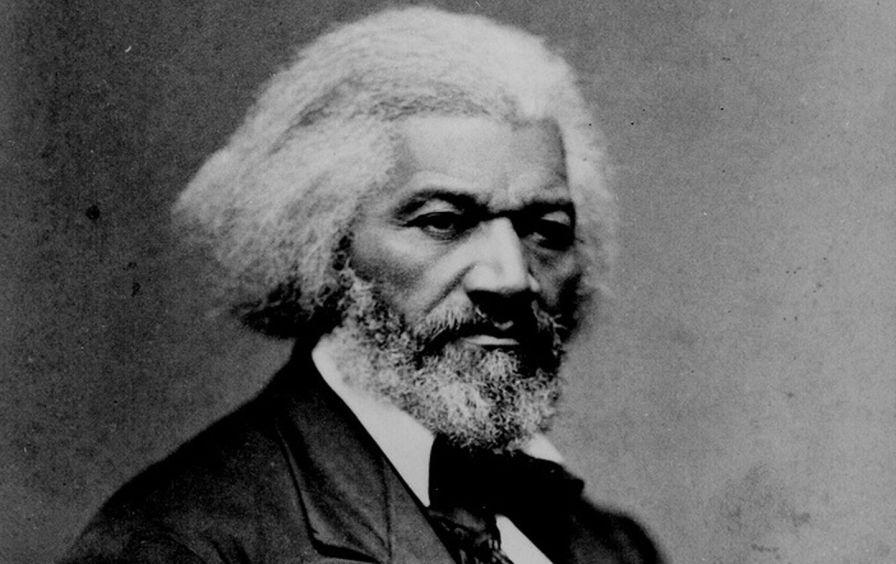 At the time Douglass was speaking to a white crowd but his words  remain applicable given that there continues to be millions of Native people in this settler colonial state that have never celebrated this holiday.

Which reminds me of an important piece of Frederick Douglass’ speech when he asserts:

For both Black and Indigenous peoples, this holiday was never one to be celebrated but yet, here we are- not celebrating the nation but each other by staying alive.

I remember hearing the chant “my existence is resistance” for the first time and allowing the words to sit in my chest. I’ve lost track of how many demonstrations I’ve been to this year and I hate how the chant has lost its feeling to me. I’ve become more concerned with what happens after we march.

It is the survival that is still important and needs to be reclaimed now more than ever.

There is a lot of organizing and strategizing and contextualizing to do but there is a lot of living to do as well. I think this is why the World Cup means so much to our community. How despite the games being at 7am, restaurants are full of families and everyone forgets they are not morning people.

Below is my uncle Jaime with his two boys James and Jafran. My tio has been through a lot, but this isn’t an essay about trauma but a reminder of the beauty of our resilience.

And I think beyond huge sports festivities, the idea of us gathering to share joy is the end of goal of all this justice fighting, que no? 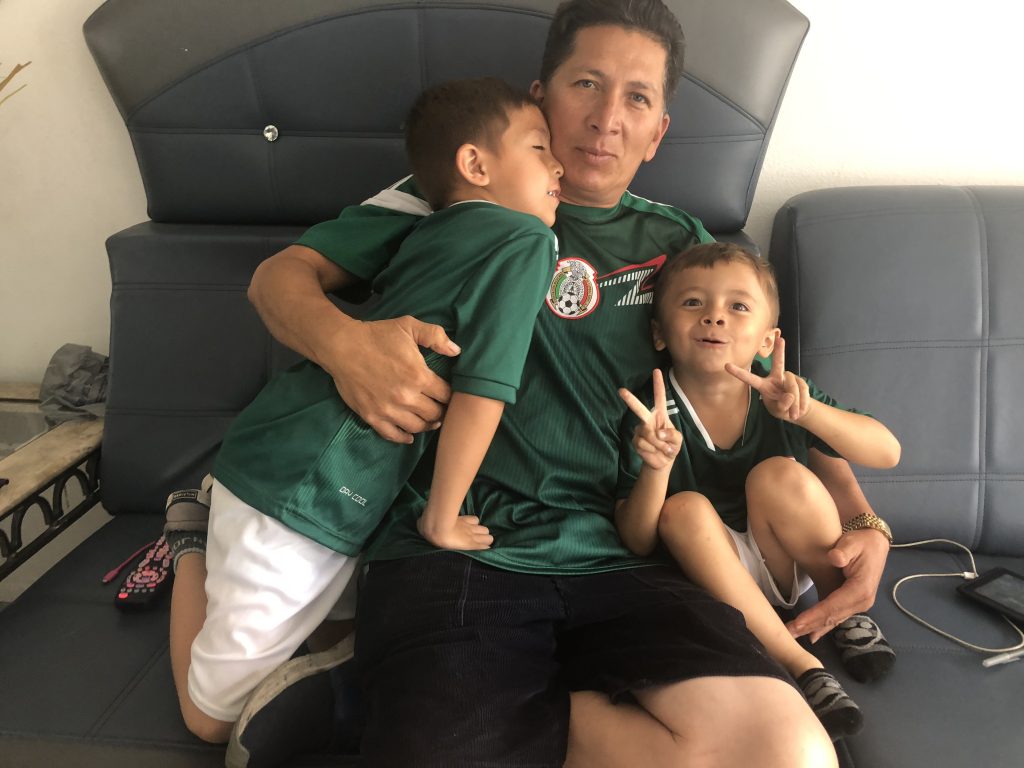 Portrait of my Uncle Jaime with his two boys James and Jafran, Photo by Author

In the organizing or freedom building we do, we must recognize the importance of thinking larger, thinking longer and keeping a vision that this about our and other peoples. Given the reality that the things we are protesting against, like e the separation of families has been something that this settler administration has been planning for over a year, let’s imagine here where can we be in a year? 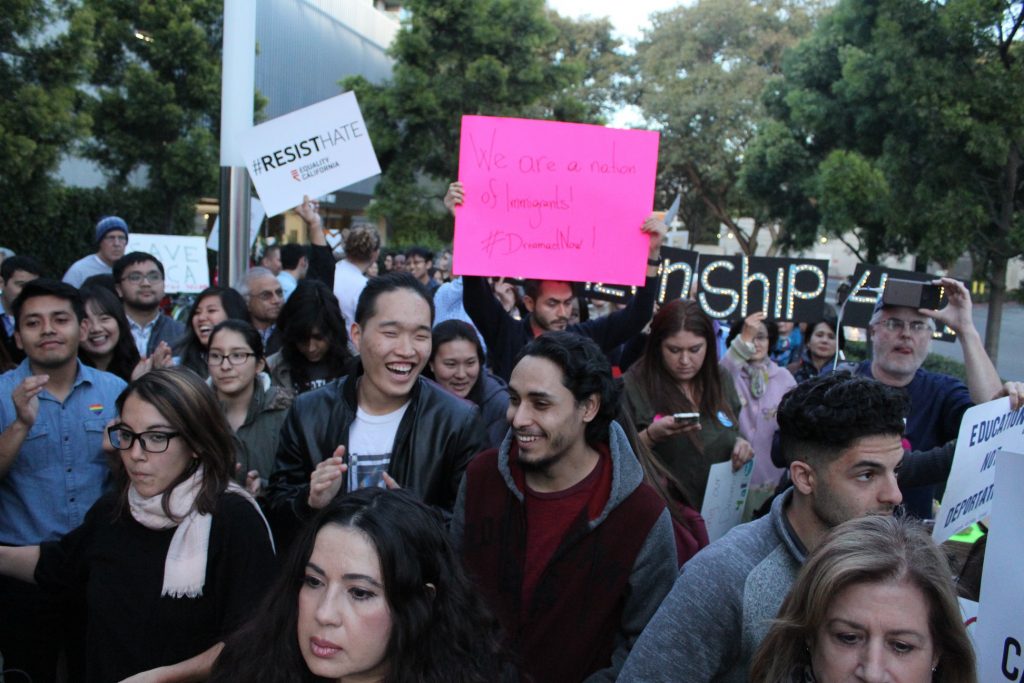 Pro-Immigrant Community at a Rally in Irvine earlier this year, photo by Author

Despite the ugly of June, I still found moments of joy and life this past month. Anacrime’s  Weapons of Mass Creation had a house show that I attended with a dear friend, I jumped the fence of a private beach and spent the whole night breathing in the sea and I watched the new Incredibles and cried my eyes out because I felt young again and because I’m emo like Violet – ha!

Author’s Note: I would like to thank @lucidhell for letting me use their photo for this article’s cover.

I have lower-cased certain words, mostly historically oppressive proper nouns, as a political acknowledgement of power in language. This reverses what is superior and inferior, disrupting those historic dynamics. I have also chosen to publicly lower case my own name in order to extend my presence and to persuade the focus on the writing and not who I am.

I have also chosen to use the term settler colonial state instead of “our country” or “our nation” in order to reclaim ideas of what this place truly means to undocumented peoples, peoples of multiple diasporas and or most importantly indigenous peoples. Ucla professor of African American Studies & History Dr. Kelly Lytle Hernandez in her book that traces the rise of mass incarceration, “City of Inmates: Conquest, Rebellion and the Rise of Human Caging in Los Angeles” situates the united states as a settler society:

“As such, its cultures and institutions are rooted in a particular form of conquest and colonization called settler colonialism. Settler Colonialism differs from other, more familiar systems of colonialism…settler colonial projects seek land…settlers harbor no intentions of merging with, submitting to, or even permanently lording over the Indigenous societies already established within the targeted land base. Nor do settlers plan to leave or to return home some day. Rather, settlers invade in order to stay and reproduce while working to remove, dominate, and, ultimately, replace the Indigenous populations.” (Lytle Hernandez, 2017).

Professor of Women’s and Gender Studies at Rutgers University, Dr. Maya Mikdashi extends for us in “What is Settler Colonialism”:

“Settler colonialism is being unable to fill the in the blanks… It is the logic of superiority, of primacy, of genocide. It is the colonization of memory, and of events that come to be known as “History.”… More than anything, settler colonialism is ongoing.” (Quote from page 251 from Harsha Walia’s “Undoing Border Imperialism” )

Also the sequel to the incredibles merits its own essay about the connections to our current climate and I’d love to write that just tell me you got this far and I’ll do it.

$1
$5
$10
$27
$50
$100
$200
Other
PrevPreviousJennicet Gutierrez: 3 Years After Interrupting Obama at the White House
NextThis Xicana Indigenous Collective is the Past, Present & FutureNext