Marichuy and the Indigenous Women of Mexico are Disrupting Politics as Usual: It’s Time We Do Too. 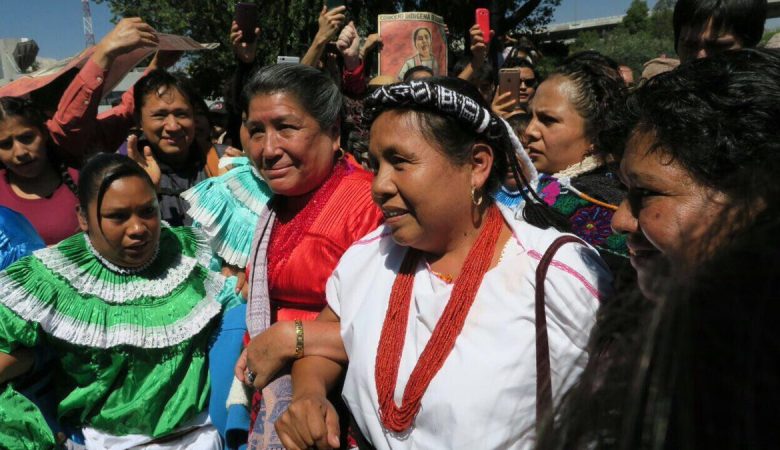 Flashback: The Zapatista uprising of 1994 was a clear indigenous opposition to the expansion of political, global and corporate powers that looked to remove indigenous people from their communal land. Today, the Ejército Zapatista de Liberación Nacional (EZLN) and the Consejo Nacional Indigena (CNI) who voiced this resistance continue to push for indigenous peoples right to dignity with a novel strategy: disrupting the national elections by running their own presidential candidate.

On May 28, 2017, Maria de Jesus Patricio Martínez, also known as Marichuy, was unanimously chosen by the CNI to represent the indigenous people in the coming 2018 elections.

Marichuy is a Nahua medicine woman who continues the practice of traditional herbal medicine and healing in her community. She represents the indigenous women of Mexico who are the voice of truth and change.

Marichuy and her community of support have led a caravan to the indigenous towns represented in the CNI. Most recently, the caravan arrived in multiple Purepecha towns in Michoacan where indigenous communities have been in an uprise against illegal tree logging by cartels since 2011. The situation here is so tense and dire that days before her arrival, a forest protector of Cheran, Guadalupe Campanur Tapia, was found murdered at the age of 32.

Marichuy’s candidacy represents the importance of voicing the testimonies of thousands of indigenous women in Mexico, across Latin America and the globe. She is representing a movement rooted in creating visibility and consciousness for the lives that have not mattered to the Mexican government. This is not a movement that has centered political activists but instead has brought out the thousands of indigenous peoples whose struggles have not been heard. She is voicing an anti-capitalist campaign that centers the urgency to defend Mother Earth and indigenous women.

Marichuy reminds us that we must center the most marginalized at the forefront of our movements. Our liberation is tied to those who have historically been repressed. For Marichuy and the indigenous movement, the ultimate goal is not only centered on winning the ballot but more importantly in creating  unity among the communities that exist.

Similarly, in Santa Ana and across the US there is an immediate need to demand solutions in the upcoming local elections. These demands must come from those directly affected and they must be uplifted by the community. We share a fight against the prison system, political powers, gentrification and capitalism. Another world is possible when the people most directly impacted are centered. We’d be wise to learn from EZLN and CNI and prepare to put our own people forward. 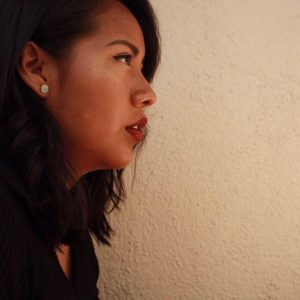 grew up in Santa Ana after immigrating from Mexico at the age of four and is currently a student at UC Santa Cruz. Now in her junior year, she hopes to return to Santa Ana and continue community work for immigrant rights and youth spaces through art, gardening, and activism. This summer, Diana served as a Youth Coordinator along with her younger sibling, Jose Morales for a mural project in the Centro Cultural de Mexico, to address issues of health and accessibility to the local community. Diana also participated as a research intern for Chicanos Unidos de Orange County over the summer to address issues of gentrification by using community surveys and photography.

$1
$5
$10
$27
$50
$100
$200
Other
PrevPreviousArmando Ibanez Encourages All of Us to Always Tell Our Own Stories
NextPRESS CONFERENCE: Santa Ana Demands Tenant Protections Ordinance, Closing of City JailNext