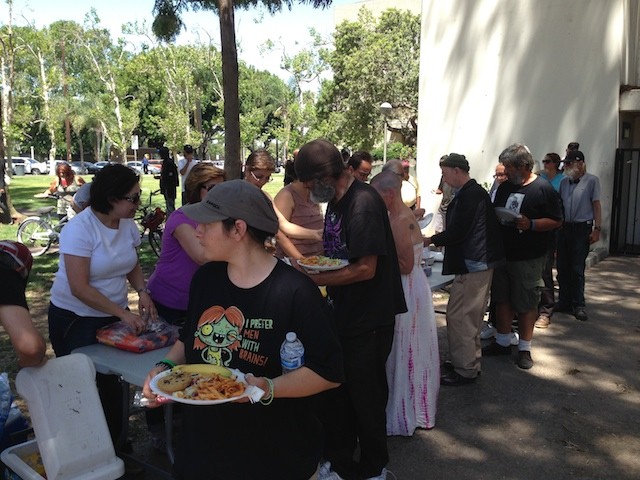 This Tuesday, the Santa Ana city council will consider an ordinance that furthers the criminalization of the civic center homeless population. It will deprive the least among us of tents to protect from the rain. It will limit their means to income through the banning of stored recyclables, unused bike parts, and the handyman’s tools of trade. It will make it a misdemeanor to possess chairs to sit in, rugs to lie on, and basic sports equipment.

This ordinance even criminalizes those who wish to serve the homeless with their own time and money without explicit city permission, opening the way to strangling the civic center of services and supplies.

As is the case with the unjust persecution of immigrants, this ordinance is based on pretenses to public safety concerns. It asks us to sacrifice the human dignity of our neighbors wholesale for marginal or nonexistent gains in public safety.

On January 17th the Santa Ana City Council passed its Sanctuary City Ordinance. It was a watershed moment as community activists and Council members came together in a rare show of solidarity, passing the ordinance by an unanimous vote three days before Trump’s inauguration.

The ordinance showcased the best of what Santa Ana has to offer its residents. It wasn’t just about curtailing ICE’s ability to continue its campaign of fear aided and abetted by local police, but also about offering protections to the disenfranchised and community to those neighbors forced to live afraid of their own city government.

Robertx Herrera, an activist with Resilience OC, summed up the sentiment of sanctuary best when they said of Santa Ana’s Sanctuary City Ordinance, “for us, Santa Ana will stand strong and be there for us, for the most vulnerable.”

Of course, the activists and community members that spent months pushing for Santa Ana’s Sanctuary City Ordinance behind the scenes had to develop a more comprehensive conception of what sanctuary means to make their pitch.

In doing so, they rightly addressed the consequences of draconian immigration policy head on. They made the case that criminalization of immigrants failed to support the goals of public safety. Instead they demonstrated that the criminalization of immigrant families is rooted in racist misconceptions resulting from a deeply ingrained culture of white supremacy. They transformed sanctuary into a form of community self-defense about protecting the people we know and see being wronged around us on a daily basis by cruel and indifferent systems.

Immigrant rights activists reminded us we owe a debt of justice to our neighbors: that it is our responsibility as members of a community to identify the disenfranchised and downtrodden among us and that we then have a duty to elevate their plight. In this way, the call for sanctuary is a call to action for a community.

That is why it hurts to see that Santa Ana refuses to extend sanctuary to our homeless friends and neighbors and forces us to ask: how does taking shelter from the homeless make us safer? How does arresting those who would feed the hungry make us more secure? 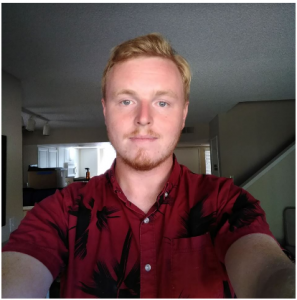 is a community activist with Housing is a Human Right OC, a Santa Ana resident, and Catholic Worker who specializes in homelessness advocacy. Today, he writes in favor of a more comprehensive conception of sanctuary and how homeless advocates should seek to emulate the successes of immigrant rights activists.

$1
$5
$10
$27
$50
$100
$200
Other
PrevPreviousYour October Playlist of Resistance is Here, Get Hyped!
NextDangerous Sound at Risk of Losing Its SanctuaryNext