Santa Ana City Council Members approved last night a resolution, directing staff to return within 90 days with specific opportunities to reduce barriers to, make available funding for, and increase outreach and growth of worker cooperatives.  And the benefits that worker cooperatives will bring to Santa Ana, in turn, are plentiful.

Worker cooperatives are businesses owned by their workers.  They are “autonomous associations of persons united voluntarily to meet their common economic, social and cultural needs and aspirations through a jointly-owned and democratically controlled enterprise.”  Over 300 worker cooperatives exist across the country today, employing over 7,000 worker-owners, and bringing in over $400 million in annual revenues.  And they exists in all industries– from Service and Retail to Technology and Education.

Many cities across the nation have identified the benefits of worker cooperatives and have directed policies and resources to support their growth.  Santa Ana will be the first in Orange county to do so. But Santa Ana is far from the first to have worker cooperatives.  In Argentina in the early 2000s, workers in fact took over factories that owners left to their ruin in anticipation of an economic collapse.  The workers went right back in to fire up those factory belts and continue producing–this time for themselves.  And in places like Asheville, North Carolina, the Southern Appalachian Center for Cooperative Ownership in 2007 worked towards “try[ing] to get some [cooperatives] restarted and to help people see this model as a vehicle for economic development. Jobs are leaving the country, the economy is shifting, and worker ownership is a way for workers to take control of their lives and Livelihood.”

For Santa Ana and for the nation, the situation is dire.  “Economic development” is sweeping America’s working poor—which still looks much like 99% of us– under the rug and into the hotter, more arid, more distant reaches of our land.  Because coincidentally, at the same time as families are run out of their long-time communities when they can no longer afford to rent a two bedroom apartment, or pay a mortgage at $3,000 a month, major investors and developers are invited to our city to come rescue us.  How will we pencil out the numbers to get the new housing we need for Santa Ana’s growing population and rising generations?  How about we start with asking the folks still here, before there’s no option left but to also move out?

Santa Ana is home to over 334,000 people, 84% of whom are Latino, many of whom have twice the rate of poverty than the county average.  And while development and gentrification have reduced the number of working class families who had once made Santa Ana their home, they have not addressed the health and economic ills that continue to erode our quality of life. The 92701 zip code, one of the adjacent neighborhoods to the downtown, exemplifies both rising costs of housing and health inequalities.  A report of housing and economic conditions in the Lacy neighborhood shows 43% of respondents reporting rent increases in the previous year; and 92701 is the 5th highest zip code with diabetes related hospitalization rates among adults in Orange County. So if gentrification hasn’t solved it, what will?

A 2014 market study analysis performed in the downtown of Santa Ana could prove more true today than it ever did.  The largest spending power and capacity for growth is in the Latino renter household.  And so is the entrepreneurship.  Our communities have survived off of the informal economy, from stocking up on basic household needs from the apartment abarrotes, to selling the famed elotes with cheese and cream from licensed (or unlicensed) carts on the streets.  And while we manage to make ends meet off of the informal economy, our communities are seeking to more than just survive.

By way of worker cooperatives, something else can happen with the entrepreneurship and spending capacity harbored a few doors down from our hip downtown.  Residents who would otherwise not have the starting capital to formalize their enterprise could pool together their resources and mutually benefit through a worker cooperative.  The democratic control of their business and livelihoods further develops critical leadership skills and allows workers to practice direct decision making over the fruits of their labor.  Worker cooperatives support community wealth building by creating long term stable jobs that are connected and accountable to their communities.  As a result, money stays grounded in the local economy, contributing to a city’s economic development that also works for workers.

Organizations, adults and youth residents of Santa Ana Building Healthy Communities know that we will not see transformations in the conditions of the health of our communities until we address the problems at the root; and income inequality is one of the deadliest.  A commitment to the residents of our community has to look like concrete measures to invest in and support the needs of our most marginalized communities.

This worker cooperative resolution is a big step in the right direction. 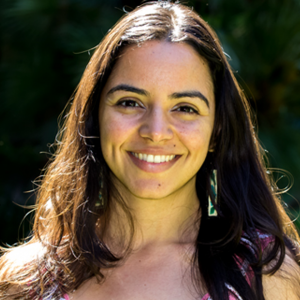 $1
$5
$10
$27
$50
$100
$200
Other
PrevPreviousEl Mercadito Carrusel Confronts Displacement and Paves the Way for Prosperity
NextYour Silence Will Not Protect You: Anaheim’s Silencing of Young PeopleNext