Demand: Release people from Orange County Jails and prevent the spread of Covid-19. 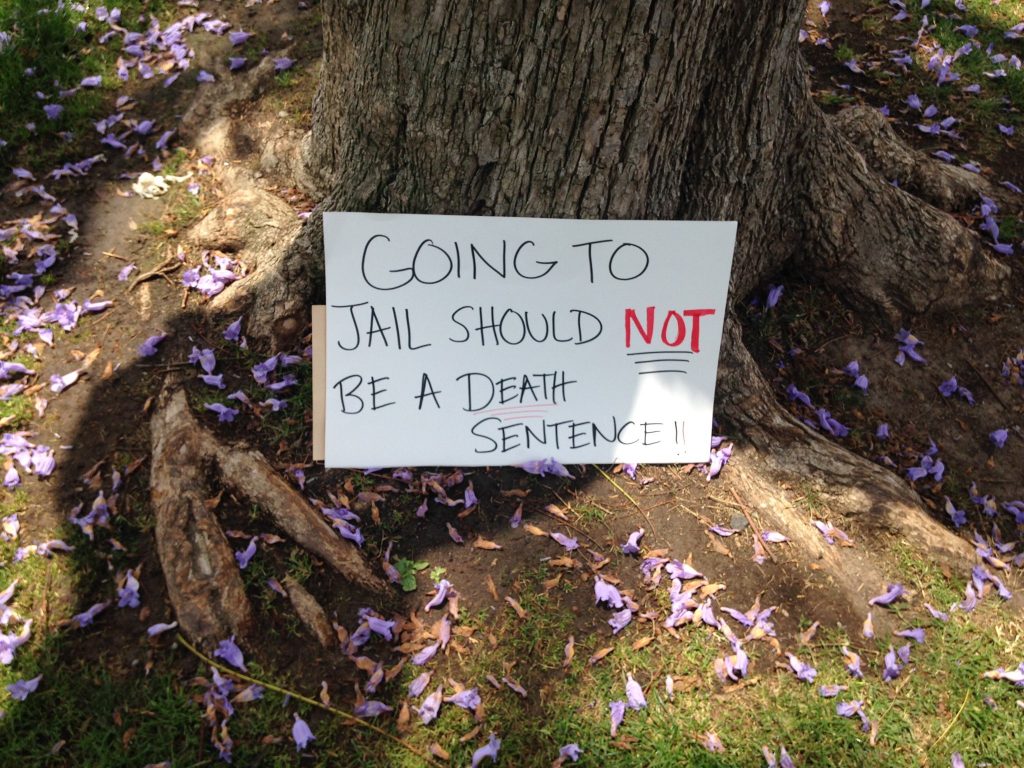 Ten people detained in Orange County jails have already tested positive for COVID-19, and the Central jails in Santa Ana are on full quarantine, with detained people restricted to their cells. OC jails have inadequate medical care, unsanitary conditions, no opportunity for social distancing and not enough cleaning supplies or protective equipment. Experts agree that jails and detention centers are death traps during a pandemic, and COVID-19 will spread like wildfire in US jails and prisons if we do not act now.

We sent this letter to the Orange County Sheriff’s Department, asking them to release more people before it is too late.

Show the Sheriff’s Department that Orange County supports releasing medically vulnerable people and people near the end of their sentence in order to prevent the further spread of COVID-19. The Orange County Sheriff’s Department (OCSD) has had plenty of opportunities to protect people from COVID-19 infection by releasing them, but OCSD has failed to act to the full extent of its power to do so. Although OCSD asked the Orange County Superior Court for an order allowing them to release people within 60 days of their release date, and although the OC Superior Court issued a ruling clarifying that OCSD already has power to do so, as well as
recommending that they do so, OCSD has only released a small fraction of the proposed number of people.

Additionally, OCSD has placed unjust restrictions excluding certain people from release, including those who are under an ICE hold. Please join us in urging OCSD to release people, to not endanger peoples’ lives because of their immigration status, and to keep our incarcerated neighbors and Orange County community safe!